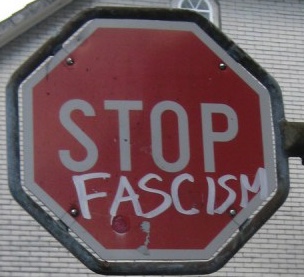 Since I have been accompanying young Afghans, I have inevitably become much more involved with politics, law, justice and injustice than before. And although I am very grateful to live in this beautiful country, with the dreamlike landscape, the lakes, the mountains and so many loving, wonderful people,

I am seriously worried

I am courageous, curious, sometimes a bit chaotic, committed and optimistic. But the political development worries me a lot.

We live in a time when many people, far from being the "majority society" as we like to be told, are not at all offended by the fact that Kurz, the man who is supposed to form a good government, says "we want to be a party to the right of centre".

People are laughing at the fact that a politician who is being targeted by the StA is founding a new party. Actually, this is madness. A person who is suspected of having lied to and deceived us Austrians, who was significantly involved in agitation against people and who is extremely well paid by our tax money. I can't even laugh anymore.

When their party becomes strong, these people will again receive money from us as a reward for what they will (again) do: divide, agitate, lie. An ex-Minister of the Interior does not manage a single speech in which he does not speak disparagingly about people on the run, preferably those from Afghanistan. The public prosecutor's office asks for a waiver of immunity, which is refused. Politicians are protected in their work and can spread derogatory, inhuman rubbish. And even if some of them are smarter, many ÖVP politicians share this ideology. In Graz there is a coalition with the Blue Party, an extreme occupation. People who appear at right-wing extremist congresses. Who is finally speaking out loud and clear in the "former city of popular uprising"? Waldhäusl, Landbauer, Hafenecker, Rosenkranz, Nehammer, Kurz, Mahrer, as they are all called, determine the political course, power takes precedence over morality. In addition to all the other nastiness, we keep hearing about closing borders, illegal migration, deportations, the pulse effect, but we don't hear a single human word from them about the drama in the Balkans, in the Mediterranean, or about the deportations to a country at war.

In Vienna, posters are currently being distributed by right-wing terrorists, yes, that's what I call them, on which WE Austrians are called upon to "kill refugees"!

And no outcry goes through our country? That worries me a lot. I love my children and I have so many young people around me whom I wish a peaceful future. How can we do that if we remain silent, if we keep quiet and don't take this "wave" seriously? My boys from Afghanistan , not a single one has police incidents, all embedded in our community, perfect language, if lucky work, none of them like to talk about their successes anymore. They are in mourning! Because they are tired of being exposed daily to racist, xenophobic, derogatory remarks, articles, conversations. And Mr Kurz wants a party "right of centre"! Too many remain silent, despite concern.

Let's get up, life is far too beautiful to be poisoned. And the responsibility is far too great to once again incite against people.

For years, the constant badgering, stabbing, power plays, "slapping", humiliating. We are ALL worth much more than this agitation, this dividing. There are not many steps to meeting, but also not many steps to radicalism, to hatred, to dehumanisation. There are too many political agitators in our country. They play with power, they care little for us and for peace. Let's not allow them to do that any more. Let's demand peace politics!

They talk about it at events, in interviews, at the same time criminalise sea rescue, incite against people in our country, against young Afghans in a way that has already blinded representatives of the constitutional state. I am very concerned that in the highest offices, in the courts, there are people who are known to be aligned with the FPÖ. Courts, even more right of centre under a Chancellor right of centre? It is urgent that we assess the situation correctly and act together against it. Let us stay true to our words and never again allow dehumanisation.

Let us network even better, let us put what unites us before what divides us, let us have the courage to act together against this injustice.

Right of centre would have been radical right about 15 years ago, the way it is lived now. I am very concerned about how steadily and consistently the radical right is being made "normal".

Afghan agitation, Ibiza video, foreign police invading a cloister of nuns, inhuman paragraphs in asylum decisions, bargaining for 800 apprentices like at a bazaar, University of Vienna right-wing radicals, fraternity members, all together in a lecture at an Austrian university, individual cases almost every week and an ÖVP that impresses with its harshness and skilfully disguises its xenophobia with the word security.

It is ALL the same inhuman filth! It serves to take away the dignity of those who are not wanted. And we must not allow that under any circumstances, NEVER AGAIN!

I am very worried, I think WE ALL should be very worried and stand up consistently against it. Let's do it before it is too late. In this spirit, I wish you a peaceful and courageous pre-Christmas season, Doro.

PS: As always, I am happy to hear your ideas, opinions and above all about what we all do. Each one in his/her own place.